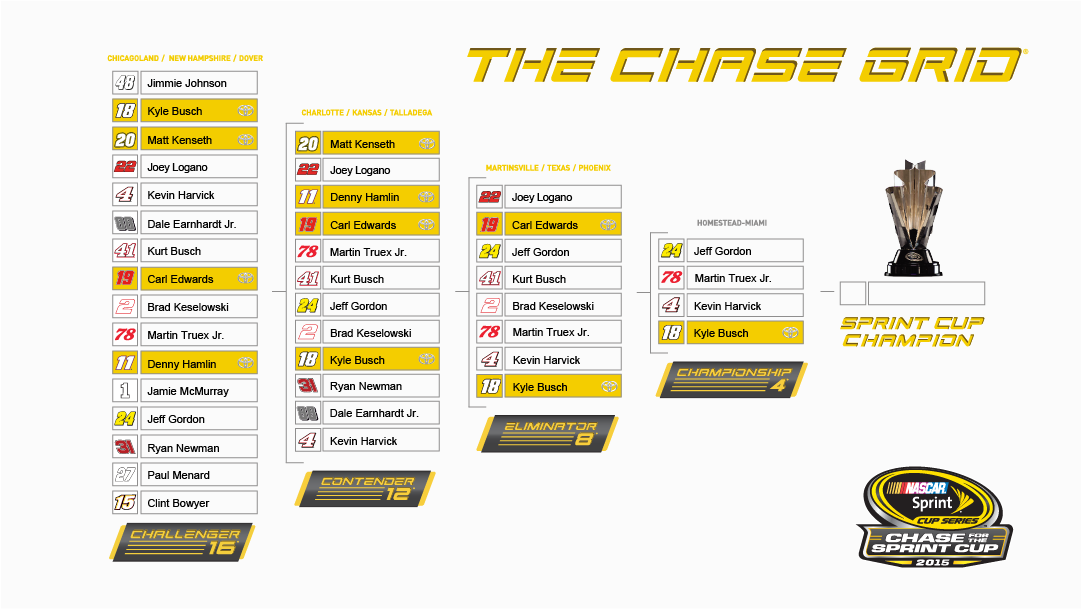 Joe Gibbs Racing’s two remaining Chase entries secured top five finishes in this afternoon’s AAA 500 at Texas Motor Speedway. Kyle Busch led the way with a fourth-place finish and Edwards came home just one spot behind in fifth. Meanwhile rookie Erik Jones had a solid day filling in for Matt Kenseth with a 12th-place finish, while Denny Hamlin suffered a mechanical issue early in the race that relegated him to a 38th-place finish.

A steady morning rain moved out of Martinsville Speedway just in time for the start of this afternoon’s Goody’s Headache Relief Shot 500. Short track racing often creates high drama and this afternoon was no different at the famed Virginia track known as the “paper clip”.

When it was over, just before darkness settled on Martinsville, Denny Hamlin would lead Joe Gibbs Racing with a third place finish, while Kyle Busch finished fifth, Carl Edwards 14th and late race accidents left Matt Kenseth back in 38th.