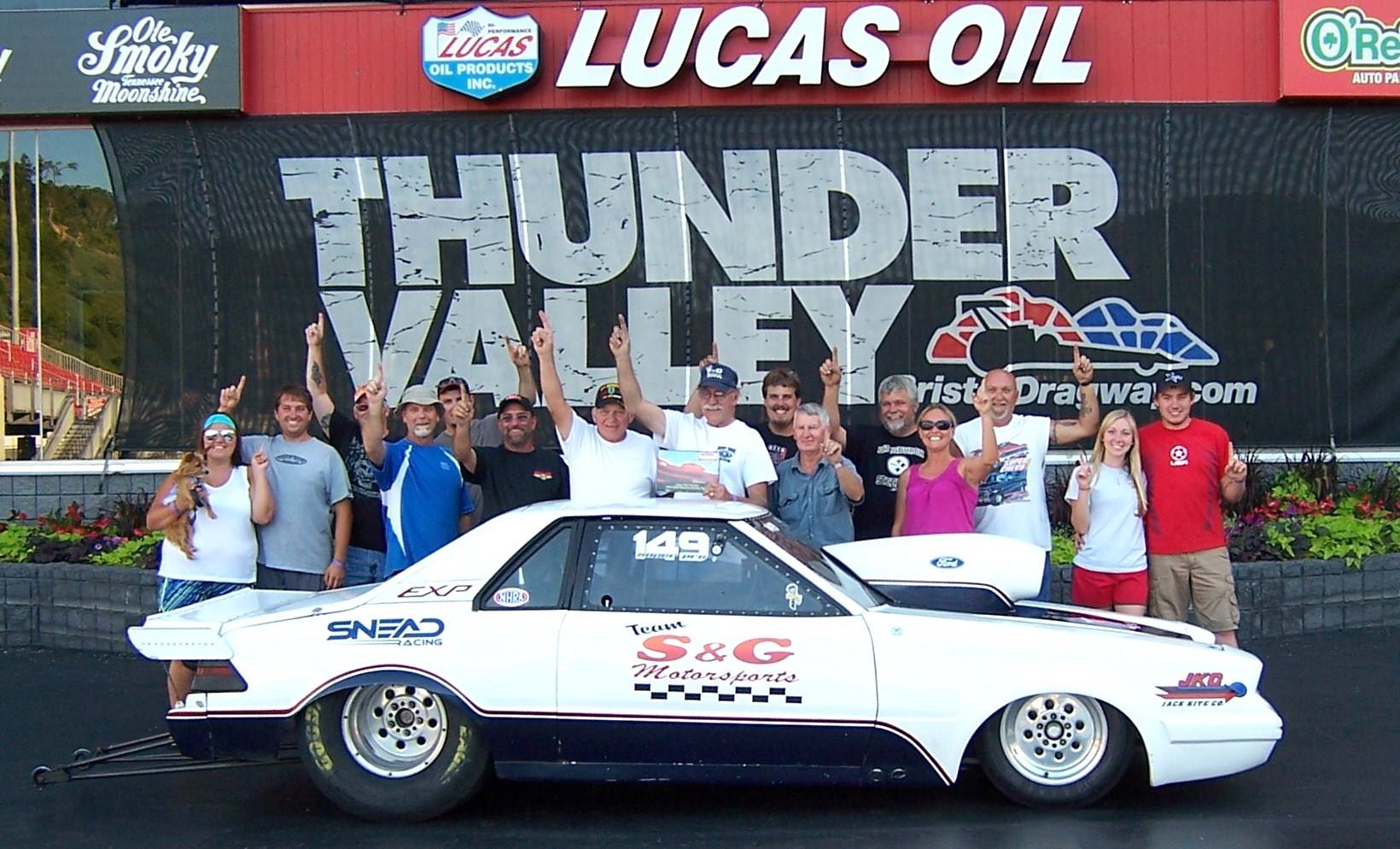 For the first time during the 2015 season, Snead Racing will be fielding two entries during this weekend’s Fun Ford Weekend at Bristol Dragway.  Coming off of his first win of the year during the most recent DER Racing Series event, Larry hopes for continued success during this weekend’s races.  Clinton, meanwhile, will be making his first start of the season and hopes to bring over some of the luck from Joe Gibbs Racing.

This Friday and Saturday, Thunder Valley roars aloud as Fun Ford Weekend and Mopar Thunder combine for a doubleheader event.

Held at Bristol Dragway, the weekend gives car enthusiasts of multiple manufacturers the opportunity to see their favorite classics in action. The format features the same elements that make each event popular, but puts them together to give fans even more bang for their buck.Read More

Denny Hamlin started his No. 11 FedEx Ground Toyota from the pole and led the opening 26 laps of the night before giving way to his teammate in the 18. He would continue to run at the front of the field and managed to regain the lead once again on lap 53. He would lead a total of 54 laps on the night and was running fifth at the halfway mark. The FedEx crew would deliver a great stop on pit road allowing Hamlin to restart second with 135 laps remaining. He would restart second again after another quick caution on lap on lap 379. Hamlin restarted third with 110 laps to go. He would hold that spot through a final round of pit stops all the way to the checkered flag.Read More

It was another strong performance for Joe Gibbs Racing with Matt Kenseth dominating from the pole for his third win of the season in today’s NASCAR Sprint Cup Pure Michigan 400 at Michigan International Speedway.

JGR narrowly missed securing four top-ten finishes today with Denny Hamlin, Carl Edwards and Kyle Busch spending a good portion of the afternoon toward the front of the field. Hamlin would finish fifth, while Edwards was sixth, and Busch worked his way through a tricky final restart to finish 11th.Read More

Kyle Busch was just one spot short of claiming JGR’s fifth straight victory. He led the team with a second-place finish this afternoon at the Glen and was followed by Matt Kenseth in fourth and Carl Edwards in eighth, while Denny Hamlin fell just short of fuel at the end and finished 27th.Read More

Matt Kenseth continued Joe Gibbs Racing’s winning ways with a thrilling last lap victory in today’s NASCAR Sprint Cup Series Windows 10 400 at Pocono Raceway. It was another strong day for JGR with all four teams racing a majority of the day inside the top 10, but it would come down to fuel mileage over the final couple of laps and Kenseth proved to have just enough to claim the checkered flag. This was JGR’s fourth consecutive win and fifth out of the last six.

Meanwhile Kyle Busch, who was attempting to win his fourth straight race, would run out of fuel from the lead on the final lap and finished 21st. Denny Hamlin also ran out of fuel before finishing 22nd and Carl Edwards pitted for fuel with two laps to go ensuring him enough to earn a 10th-place finish.Read More